We demanded the Oscars try to be more relevant. I don’t know that we’ve earned that right. 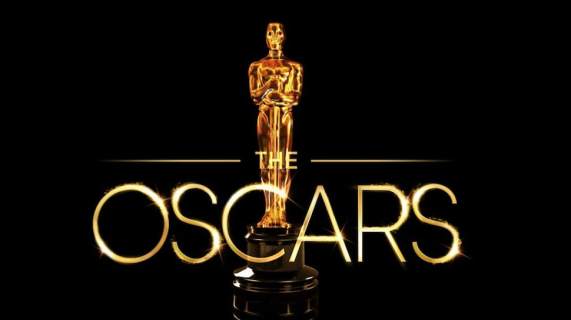 If you hadn’t heard, a few changes have been approved for the 2019 Academy Awards and the Oscars awards show. The show will be shorter, some of the tech awards will not be aired live, and – most significantly – the Oscars “will create a new category for outstanding achievement in popular film.”

Some excellent pieces have already been written about the Academy’s struggle with relevancy and ratings, and this ongoing dilemma joins recent controversies about fair representation of the work of minorities in film. The Academy is, without a doubt, flawed, and while at times popular opinion and critical consensus have smelted a little golden man which is apparently much heavier than some recipients were expecting, the Oscars has the age old problem of not being able to say no to artistic renderings of fish sex.

But it’s worth considering what part we play in this. Because, as out of touch as the Academy appears to be at times, this push for relevancy and popularity is just as much an indictment of the viewing public at large. Perhaps the Oscars is disconnected from its audience, but so too is the audience failing to connect with the Oscars.

I know this because the Oscars is that special night where everyone roots for the two films they’ve seen, scoffs at the ones they haven’t, and rolls their eyes at the Hollywood elite and artsy liberals.

And then the next week they have family movie night and no one knows what to watch as they scroll through Netflix’s confusing and poorly-curated menus. If they all agree, it’s probably on a Marvel movie or another blockbuster. If they don’t, either someone proposes a comedy which ends up being too raunchy for either the eldest or the youngest, or someone suggests a film on the recommendation of “someone” who wrote “something” “somewhere” and it turns out to be a trash film that just happens to champion a certain religious or political worldview. Anything “sad” will be vetoed. Perhaps most likely, they forego a film to watch a few more episodes of a series they know they can rely on.

It’s little wonder that younger people are drawn to TV over movies, older people will say they don’t make movies like they used to, and Hollywood will continue its land grab for bankable intellectual property (IP).

And so the public goes on to mock the indie films and awards season darlings that get Oscar noms and nods while also being dissatisfied with what qualifies as popular film outside of a select few franchises. Do you see where this might not be the Academy’s fault? Perhaps the problem with the Oscars is not that the awards show fails to cater to popular opinion, but that popular opinion is so porous and predictable that any show awarding excellence in film would implode if based in earnings over excellence or even buzz over beauty.

The perception that the Academy is out of touch with the viewing public perpetuates a lethargy when it comes to seeking out new films to watch, and this new award recognizing excellence in popular film will only make this false dichotomy worse. There are, it seems, two kinds of films in the culture’s imagination: artsy Oscars films with billboards and fish dicks and popular blockbusters with starships and superheroes (that the people complaining probably never went to go see either). Viewers become frustrated either because they don’t “get” the one kind or because they aren’t interested in the other.

But these are not the only options when it comes to movie viewing. There are dozens of truly fantastic films released every year. Only ten can get nominated for Best Picture, and only a handful of those really get much buzz, and often (though not always) they are not among the highest-earners. The zombie hordes of moviegoers who only come out to feed during Oscar season and are attracted to the smell of box office reports are bound to miss out on these, either because they spit upon their status as arty films or because they flat out don’t ever hear about them. But these movies are still there to be seen. Even if they don’t take home a trophy. Or make a splash at the box office. Or fight their way through witty comedies, cooking shows, and stand-ups to appear on the hallowed “Trending Now” of Netflix. There are quality films released all the time that we can watch, quality films that can deepen our appreciation of film and move us to seek out other films like them. But people are too lazy, it seems.

I’m not. I don’t want to give myself too much credit, but I’m really, really good at suggesting movies for family movie night, and I’ve made an absolute killing on these films that go largely unnoticed while occasionally leaning right into the arty award-winner which no one watched: Paterson, Lady Bird, The Big Sick, Moonlight, Manchester By The Sea, A Man Called Ove, Goodbye Christopher Robin – all recent films which my family thoroughly enjoyed, but might not have ever heard of, let alone sought out, if I hadn’t made the suggestion. I absolutely love that they continue to trust me, but it says something about the movie-watching culture that these movies were more or less not on their radar.

We can already see how this is going to work out in 2019: a film like First Reformed is going to be the award-season darling, and for one reason or another the masses will scoff at this little movie that no one went to see getting so much attention; Black Panther will be recognized for its excellence as a “popular” film, and many will be unmoved by another superhero movie, especially one that doesn’t speak to their….economic anxiety. But, among those ten nominated films, there will be Annihilation, a film which *nobody* watched, which will be given some credit by way of a nomination, but which will still go unwatched because the same people who reject elitist award-season films will assume it’s not worth seeing because no one has seen it. The Academy makes its mistakes, but it’s a tough crowd.

It’s no secret, of course, that the best of anything rarely gets its due credit. Comedians, authors, musicians, athletes – often times the best are not the most popular or the most awarded. Yet, if the Grammys has shown us anything, it’s that an awards show cannot be taken seriously if it completely ignores popular opinion (it’s a bad joke at this point). But, in the case of the Oscars, it’s damned if you do damned if you don’t: The Academy can’t keep nominating Room over Straight Outta Compton, but pandering to the opinion of an ill-informed viewing public will rot the institution entirely. The point of the awards will be lost, and probably without any gains in ratings.

The Oscars may be the film awards show, but it’s important to remember that it is only that: an awards show. It means something, but our film opinions and Netflix selections should not be dominated by one institution. At the same time, we should not let our opinions demand what that definitive awards show must look like.

The Oscars needs to change, for its own sake, but these proposed changes make it seem like it’s changing for our sake.

And I don’t think we’ve earned that.

Forth now, and fear no darkness.

One thought on “Look What You Made the Academy Do”